The First Balkan War began on October 8, 1912 when Montenegro declared war on the Ottoman Empire. Bulgaria, Greece, and Serbia quickly followed suit, resulting in a seven month war for the control of the Balkans. Although the goal of the war was ostensibly to free Macedonia and Albania from the Ottomans, a more accurate description would be that the nations involved hoped that removing the Ottoman Empire from Europe would allow them to expand their own territories.

The Ottoman Empire was placed in a difficult situation. First, they were already involved in a war at the time, fighting the Italians over Libya. Second, they found it difficult to muster an army to the extreme western edge of their territory.

The killing blow was struck when the Bulgarians besieged and then took Adrianople (modern Edirne, Turkey) in March of 1913. In May, the Treaty of London was signed, ending the war. The Ottomans – for centuries the rulers of the Balkans – were forced to retreat almost entirely from Europe. 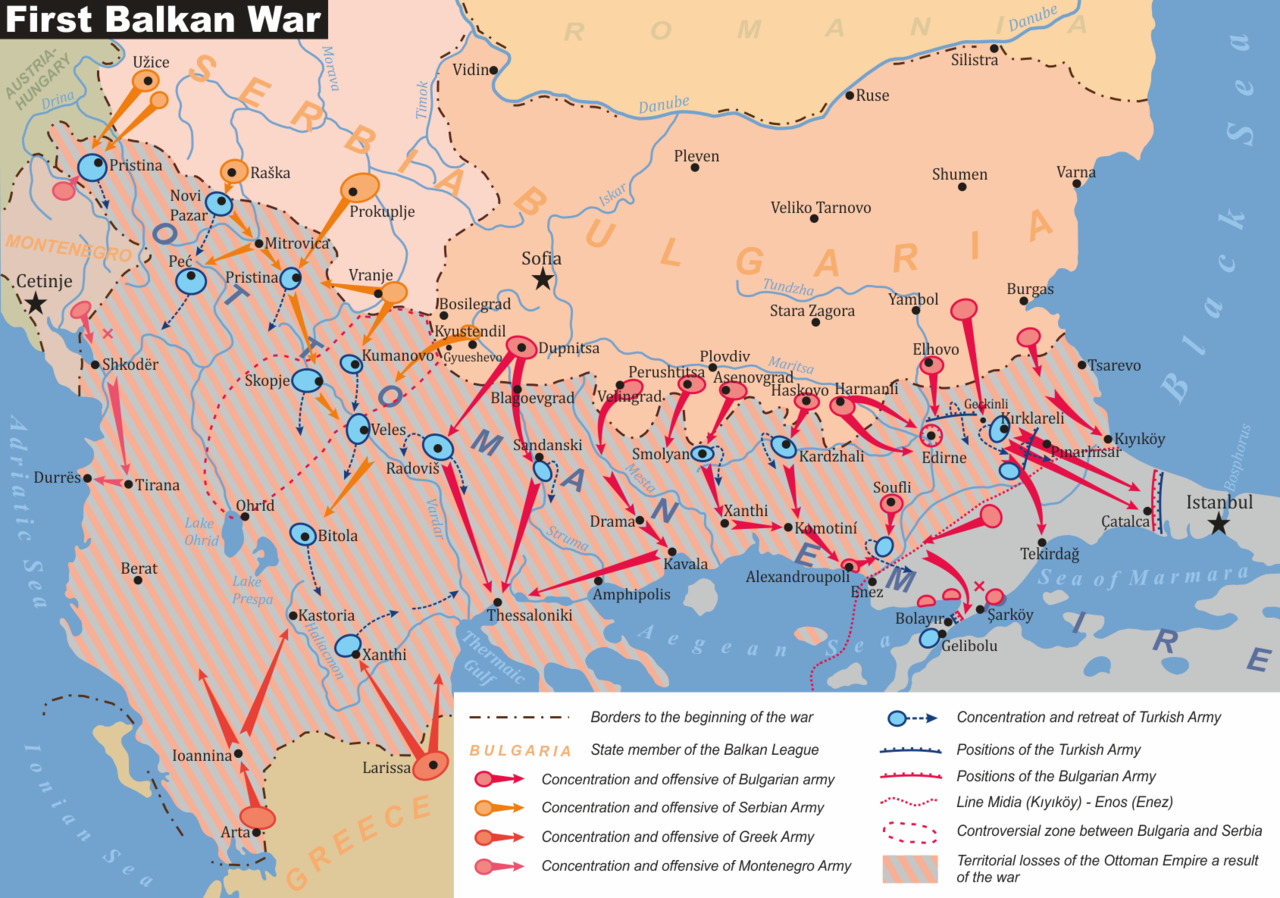 Albania was independent, and Thrace and Macedonia were divided up among the allies. But by then the alliance was crumbling. Bulgaria and Serbia were both unhappy with the division of Macedonia, setting the region up for the Second Balkan War.

Pictures from here. Click on the photos for descriptions.